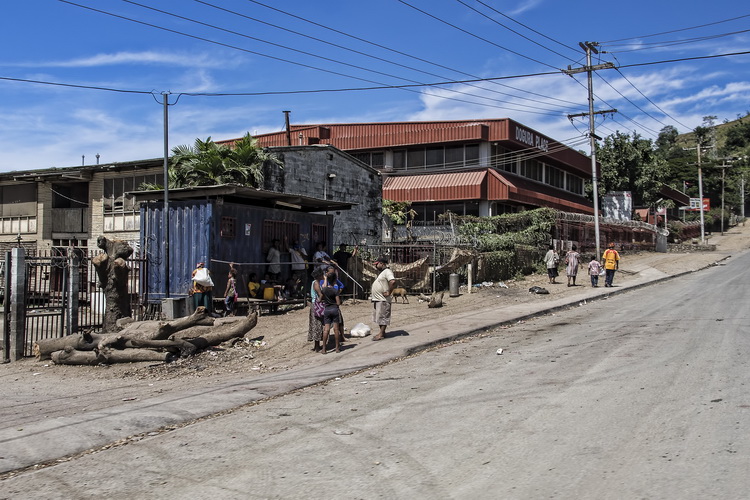 If you haven’t already, you should follow the Guardian’s Cities’ series talking about all things cities – a fantastic resource for spreading thoughtful insights about our urban built environment.

A recent article from the series that caught my attention featured a compilation of stories about people walking their neighbourhoods in their respective cities. As a self confessed urbanist, I revelled in these stories, reminiscing about the days I used to walk all the time.

Being able to walk the urban environment has quickly become a sought after ideal for many cities around the world for the evangelised health benefits and subsequent benefits to the ecological and social landscape.

All this has come back as a recent revelation. In the last two decades, the world has woken up to the realisation that physical planning methods of a bygone era had unwittingly created environments that were more akin to conveyor belts in a factory of death.

Forgive the gruesome imagery but I offer it to make us see our cities as creations from a time when society rushed into creating an environment that rejected ideas tied to a time that gave us poverty and disease.

We accepted cars as the ideal mode of transport in rejection of walking as the poor-man’s pursuit.

We embraced private blocks of land on which a man could build his wealth as a direct contrast to images of the crowded squalor of the industrial era.

We conquered land with layers of concrete and tar. Then when we ran out of flat land we began concreting up higher and higher.

And as society chased the new hope of modernisation, we sought organisation, separating men’s homes from where men worked. Women stayed protected in the suburbs with the children, while men took on the perils of the journey from suburb to city.

Cars often get tainted as the root of evil in cities, but they simply arrived at the most opportune time to serve a social purpose. It merely liberated the aspirations of being modern.

I’d be a mistaken then for saying that all that was wrong.

At the time this made absolute sense given the lessons learnt from Cholera outbreaks in Manchester towards the latter half of the nineteenth century. Most of the Western world took on board the lessons learn by the UK, taking what they could and creating their own tools for social organisation.

What we as observers of this history must recognise here is that when one idea is transplanted from one area to another, it often takes on the history and politics of the new area, completely disentangling itself from the reasons it was first made.

But that is an important point to remember for later.

I have since come to realise that a lesson that evades planning logic is that too much of a good thing does not necessarily mean very good.

There is law within planning that rarely gets a mention but one that confounds those who practice the art, and that is the Law of Unintended Consequences. The premise is that one action creates a reaction that we did not intend for be it good or bad and is such that no amount of scoping could predict its occurrence.

The legacy of this law is seen in the consequential problems Planning and Design face today where many argue it has been a result of the so-called ‘years of bad planning’.

These days, I find that line of logic a bit absurd. How could they know they were doing ‘bad’ planning when they had no precedent of modernity to inherit as a guide? The argument of modernity is particularly important here because at the particular time when our cities were first being organised with the advantage of knowledge, that particular body of knowledge was an inherent departure from everything we knew was ‘wrong’.

Simply put, we tried to do what was good with evidence of what was bad. Chuck in conservative value systems held together with the dawning of economic liberalisation policies, and we had a society that was being built like 1960s MacDonalds Burger’s – very scientific standardised approaches to maximise profits.

I’ll go into this in detail next time but for now just remember that society at that time – the middle of the 20th century – had began changing rapidly.

The depression and wars had come and gone bringing with it a serious hangup on YOLO. Technological advancement leapt off the press and Moore’s Law just couldn’t seem to keep up. Then came the original YOLO-children that we call the baby-boomers who walked right into a lifestyle made for a suburbanites dream.

Obviously, we now chide at that lifestyle; blaming it for the ailments our city makers battle in this day and age, from transport woes and parking tolls to inequality in space and the horror of climate change.

As an unintended consequence, we, as the subsequent generation(s), now recognise that after several decades of that urban experiment imprinting itself into our psyche, this once novel solution that promised prosperity without peril was all but that.

Several decades of the good modernist experiment has not result in a very good outcome for us.

Dictated by the law, the car dependent lifestyle of suburbia moves us from our deathbed to work fields and back again, encouraging sedentary lifestyles and an inability to do our basic human function of being social beings.

I often wonder if the suburbs created the pop caricatures of the socially inept nerd and his nemesis, the popular jock – but, again, that is another story.

Now I find myself here approaching The Guardians ‘Walkability; article with a squint of the critical eye. I am careful that too much of a good thing cannot necessarily be a very good thing.

This is again a departure from what we know is bad, armed with the knowledge that what was cannot be any longer. History repeating itself under the guise of modernism.

Blaming our cities for our lazy lifestyles, we are now building – or more like – augmenting the cities for pedestrian usage, encouraging walkability to depart from the dominance of the vehicles.

All admirable qualities for point scoring on a coveted-but-flawed Liveability Index.

But it got me thinking about my place in this historical trajectory of flawed ideals. I live in the tropics; I’ve lived here for most of my life, bar a few lost years where I didn’t live in the tropics. Then, I was a fish on land in a temperate climate with endless cloudy days.

While on that land of the long white clouds, I walked everywhere – quite literally. There was no need for a car. I enjoyed the hours of aimless wondering from the suburb to the city and onto another suburb. As a young black male with a taste for gangster rap wearing a hoody with a limp, no one bothered me, and if you walk the streets long enough and the cops stop profiling you.

And when cops stop pulling you up for walking, people start to notice and think the streets are unsafe because the police don’t care that there is a dodgy character walking on the streets.

It’s not that cities and suburbs are un-walkable, it’s that certain people are unable to walk the streets freely for pleasure, and those people didn’t look like me. Safety and Security are a set of those little talked about checklist items about Walkability that enthusiastic types gloss over. These concerns are implicitly hidden behind the word “Walkability” so we do not notice when the homeless are removed from our streets or policing efforts are stepped up to stop people like me from walking around.

Walkability and Liveability isn’t for people like me who wore a hoody and listened to gangster rap while limping around the city. It’s for those who drive everywhere to get out walking before they end up on their deathbed but for them, they need to feel safe and for them to feel safe, it is to rid the streets of people like me.

One of those unintended consequences of making cities walkable, accessible or liveable, is that one group is implicitly taken out of that space. Unfortunately these are the most vulnerable people in society.

Truth be told, this did not occur to me, nor did it bother me until I moved back to the tropics. It was only then that I decided to get my licence and learn to drive a car. I did that because walking was no longer the logical option!

I realise now that all those days limping around was made all the more easier because I hardly broke a sweat. That is quite a novel realisation when you come from the tropics. It dawns on you that hoodies are no longer practical. To walk for hours and hours and not breaking a sweat is a dream for a fish out of water.

You are going to have to excuse me while I get a bit poetic but in that place, the city often felt like a cosy duvet, albeit a big grey blanket made of concrete, stone and marble.

You’d never feel the heat of the city, and when you did, it was a welcomed relief from the cold and rain – and it always rained. The concrete made sense then as the water quickly flowed down and away into drains.

But then I moved back to the tropics.

It was hot. It was humid. I hated it.

Walking in the tropics is not a pleasant experience and I don’t know many people who’d do it out of choice. If they had the option of using a car, they would. The politics of that space are entirely different then because of that relationship – they’d have to be.

Encouraging walkability wouldn’t merely be an exercise pinned on pedestrianising the tropical city the way temperate cities do it. Perhaps heat would play a more decisive role, maybe that’s why Singapore designs it’s ‘public’ spaces underground. But that is careless speculation because Singapore suffers from a case of ‘Space-less-ness’ – each city to their own history and politics.

In fact it’s the opposite – people congratulate you for not being soaked in sweat from walking around for five minutes. So safe to say, walking isn’t up on my list of preferred transportation modes just yet, not until makers of the city begin to understand that the tropical city deserves a nuanced approach.

The tropical city still uses the thick duvet covers – the grey concrete, stone and marble surfaces. And when it rains, it’s a monsoon. There’s a lot of water that flows onto the roads, and you see the bubbling grey water seeping out of sewer holes. It is not pleasant at all!

When we began making cities in the tropics, we borrowed ideas from our more temperate cities. That is a lesson in itself that some call the mobility of ideas. Cities, stooped in their own historical reasons for why they were created the way they were, gave birth to ideas that were swiftly plonked onto tropical populations.

Our tropical cities are now fish out of water. Lest we in the tropics blindly build more footpaths, pedestrian ways, and parks without realising the common denominator in our tropical experience of the city, it is hot and it is humid.

And so I go back to the article published by the guardian. At times, the desire for walkability seems completely outlandish to me. Why would you make yourself  suffer like that for? I have to squint to imagine walkability in the tropics when the experience is anything but pleasant for me.

So I’ll enjoy driving my car in the tropics, even through I know it will be the death of me. At least I can get from my deathbed in the suburbs to the work fields without breaking a sweat while I am still alive.