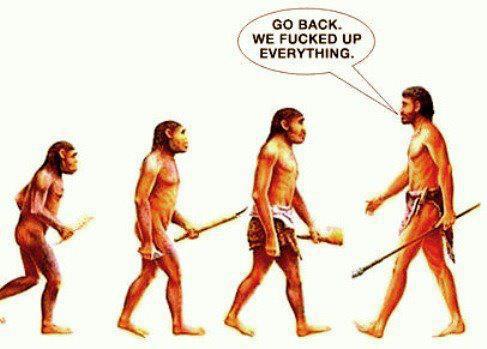 Part 2/2 – How I made the patchwork princess too?

The patchwork princess from primary school days grew up without anyone telling her the right words to use. She could never really stop the boys from embarrassing her.

The primary school boys never learnt that ‘no’ meant ‘no’. That boy does not deserve girls affection after grand gesture. That there was a fine line between romance and harassment.

Sadly, the game they were taught came straight from the playbook done to death in romance novels and movies that had placed romance in the arena of the masculine.

I’ll go savage here and place the blame squarely on the unabated expectation of post-war idealism that oozed from TV screens, dripping off tabloid columns, and slurped over cold cups of coffee.

That created the modern idea of romance. The damsel in distress story line was so easy to tell. If you don’t believe me, think of all the great Disney princess classics that really reinforced gendered expectation. Damsel in distress – either sleeping or trapped – awaits her prince charming to whisk her to a happily ever after.

Suddenly, it is the boy who is expected to be this great chivalrous prince who ordains that he is there to save the dainty Disney princess.

The weight of expectation falls unequally then into the domain of the masculine, for a reason I have yet to figure out.

“..romance pretty much has one direction! Man to woman. A woman trying to be romantic is looked at as being faintly ridiculous. You can be thoughtful and helpful and loving, but romance belongs to the blokes. The man does things to win, to please, the woman…”

But let’s call it for what it really is – the masculine persona admonishing power over the feminine power. “It is the man who does things to win, to please, the woman…”

Power is really what Clementine’s opinion piece exposes. A power struggle transpires between the seducer and the seduced, where the histories of our imagination have unconsciously painted in the man as the masculine seducer and the woman as the feminine, to be seduced. Creating these roles that we unconsciously play into and expect to be ‘right’ and ‘normal’. The masculine power over the feminine power.

This is a digression from the point but I want to quickly touch on power because power offers an interesting lens to explore the masculine-feminine dichotomy that Clementine faintly alludes to between the lines.

As a child I was socialised and cultured to believing that to be feminine was to lack power that the masculine possessed – that is, to be a woman was not to be a man, and vice versa.

Women spend the rest of their lives trying to define their power and strength, which, only in my adult years, I have come to see as a very different power. I still have to find the right words to properly explain this experience, but that is for another day.

But I will settle for this. Power is fluid. It is not gendered, nor is it inescapably bound to any social construct like age, race, or religion – think Demi Moore and Ashton Kutcher or French President Emmanuel Macron and wife Bridgette Macron.

Under given conditions, the balance of power can shift. Such is the path we are on today, a path Clementine points to as an alternative route to take.

So back to the story.

Whoever is initiating the courtship ritual is praised as the one in control – the seducer. The one being courted responds with submission – falling to the power of, falling into the proverbial arms of, and, eventually, falling in love – the seduced.

But in the story of boy meets girl, we do not get to be told about the effect of power indifferences and the right way to yield this power. We revert back to a storyline that paints a neo-caveman-like romance. Boy hits girl over the head. Girl falls in love. The end.

Clementine Ford’s article tore the world of neo-caveman romance a new one and has not allowed it to heal, which may explain why I was a bit aggrieved by this.

Mind you, I don’t think she did it intentionally, but any one who grew up spoilt by Walt Disney’s damsel-in-distress animations or those cheesy American Rom-Com’s would sooner disagree with my response to her opinion. I realise these people, as I was, are satisfied with the status-quo.

Clementine made an example of the love-sick piano player from the UK perched in the middle of a park in the hope that his former love interest of four months would meekly crawl back to him. Clementine made him look pathetic, and in all honesty – he does, in his scruffy wow-is-me-haven’t-showered-in-a-few-days hipster artist look.

People who would do or say anything for power often look pathetic (think Trump and his mate Kimmy J from the NK).

The display of tortured love bordering obsession sounded too good to be true. For those standing watch on the bastion of love, this might sound like something straight out of a romantic comedy where the art of “not-giving-up” is a sure way to win someones heart. But read between the lines and you may see the flipside to the story.

The other side of the coin.

There is an undertow of nefariousness about the grand gesture. Pursuing unrequited love? It’s creepy and can err towards the side of harassment.

But then again, Clementine admitedly has this white woman feminist agenda that she owns without shame. Was this rant a bit biased then? Could she have a universal point with an issue so specific as this on neo-caveman romance?

A part of me couldn’t quite let this article simmer and fade.

So I asked several ladies from my group of friends to weigh in on Clementine’s opinion piece.

To get as wide an opinion as possible, the ladies whose opinion were sought were attached and unattached, and with and without children. Unfortunately, the opinions were very specific to the heterosexual experiences of western courtship, particularly an Australian experience. Some did speculate on attitudes towards romance from different cultural perspectives but nothing too substantial. I assumed then that, inter-cultural and inter-racial dating still occurred under a western cultural construct, perhaps normalised through popular media, but I did not ask after that so this remains a point of future exploration.

From the responses, most agreed that there was a fine line between being persistent with grand romantic gestures and harassment on a grand scale.

Interestingly, being romanced was still appreciated, but there was a qualification for that – intention. With the right intention at heart, a gesture could mean a lot.

Similarly, respecting the other person’s requests to stop too is equally important. Many of them pointed out that there was something disquieting about unwanted romance that came with relentless persistence. A form of uninvited attention that made them feel more embarrassed then special, similar to the experiences of the girl from primary school.

No one readily used power imbalances to describe their experience but the allusion to it was there. They discussed it in terms of not having the power – being manipulated, not having control of the situation, and losing the ability to freely choose.

Manipulation was a concern shared by all, where ‘stealing’ someone’s affection was considered an act of emotional control.

Below are some of the key takeaway points.

As mentioned, intention came up as a clear concern. While no one wanted to discourage the idea of romance, most agreed that the right intent behind a gesture was valued. These were among the more direct responses.

“…I have had a thought for a while that those who really do this [people who do things for the reward of affection] might not be the best partners.. but then again I think I would love it to happen with all the right intent…”

“…so I agree that there is a place for the grand gesture but i think it does have to be done with the right intent. And not be about the one making the gesture (because they could be seen as attention seeking) but rather the receiver of the gesture…”

This comes back to intent, which to clarify is about not having much of an ego. Validation seeking behaviour can often move into this realm where the seducer needs the validation of the seduced all for their ego revealing some narcissistic qualities behind the gestures.

“…it’s not that I don’t think there’s a place for romantic gestures. It’s just that there’s nothing romantic about a) trying to control or manipulate another person and b) not taking no for an answer just to somehow try and prove to yourself that you’re a nice guy and you were wronged…”

“…But I think it becomes toxic so quickly. At the end of the day relationships are about respect and understanding. If you can’t respect someone’s decision then the outcome isn’t going to be good, whether it is short or long term. It goes both ways for men and women. Even if the person isn’t sure about what they want. It is up to them to figure that out not anyone else.”

In direct response to the love-strung piano player, these were a few of my favourite responses. It drives home the point that persistence is only one police phone call away from harassment.

“When a woman [says] that she doesn’t want the attention then she is made to feel ungrateful or unappreciative of the attention- when in the first place the blokes don’t think about how their behaviour makes us feel – for what? To have some f****r giving you attention you don’t know want – it’s more of a reflection of men’s insecurities on what they think they should be…”

“If someone did that for me and would run away far far away!”

“It reminds me of the feeling in primary school where a boy likes you and you get so embarrassed. You’re kind of annoyed that he is telling everyone and it makes you feel like you hate that [yucky] boy!”

“And from a personal point of view there is a real chance a grand gesture would probably overwhelm me and make me run a million miles. Small gestures are where it’s at; run me a bath, cook me dinner make me soup when I am sick. Surprise me with flowers for no reason…”

Alluding to this idea that it is all a ‘game’ where the ABBA reference to the winner taking it all implies a zero-sum game where the boy wins so the girl must lose. In that case, she has lost more then her ability over her choices yet as my friend MG importantly brings up, rom-coms have really perpetuated the helpless lady crawling back to the man inspire of his flaws.

“…I’ve also always disliked rom-coms because of exactly what they talk about in the article. Women are portrayed as things to “win”, after lots of persistence. Even after the guy has lied and/or cheated and just been an a-hole in general, the girl always comes back after some romantic gesture. It’s a non-realistic illusion..”

The feedback was no doubt a cause of personal reflection. A point I dwell on now as I come to the end of this piece is how we will be shaping the expectations of our children so that they do not fall victim to those experiences.

There may be those who would go to the ends of the earth to agree with Clementine – who makes a great point. But the issue lies in how we are teaching our kids to approach this subject. My friend AA said this, which I thought summed up the crux of my parting thought well.